After nearly two decades with PASLR, Jackie could be considered the team anchor. She is often the voice at the end of the line when you call us and is responsible for all invoicing and accounts for the entire business. She also manages the bookings and scheduling for the power team.

Jackie says she couldn’t do any of that without the support of her off-sider Megan. “We’re quite similar and spend a lot of time bouncing ideas off each other – it definitely makes life easier and she is a great support,” she says.

With a long career in banking, Jackie has a strong sense of attention to detail. “I have had to be organised in my life with four kids (including a set of twins) and a husband who was away a lot. I think part of the reason I got the job all those years ago was that Darlene knew that if I could be organised at home there wouldn’t be much that would throw me at work.”

Jackie says she loves being part of the team and has embraced the merging of three PASLR businesses into one with enthusiasm.

“It’s such an exciting time be at PASLR. We’ve got a new identity, new scheduling and accounting systems and I just love a challenge. I love learning something new and doing something different. The people I’m surrounded with are all really supportive – it’s like family and it’s a great place to work.”

In her ‘at home family’ Jackie’s four kids have all grown up and are scattered around New Zealand. She is the proud grandmother to four grand-dogs (no grand-kids) and her husband Pete, a former Flight Service Manager with Air New Zealand is now at home 24/7 for the first time in their 43 year marriage after taking a redundancy due to Covid.

Jackie is also actively involved in the Mairangi Bay Surf Lifesaving Club and was recently made a Life Member – an honour bestowed on very few females (she is currently the only living female Life Member at the club). She maintains her position as Chief Instructor for the club, Instructor, Examiner and Chief Examiner for the Northern region. So, even in her ‘down time’ she’s busy. 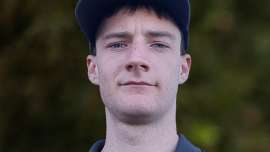